As we dive into another general election, you might wonder whether we’ll be organising lists of candidates and asking them their position on our three asks, as we did for the Holyrood and local elections in Scotland. The answer is that we won’t – transport is a devolved matter, and that means any MPs we send down to Westminster won’t have any impact on most of the issues that directly affect active travel in Scotland. 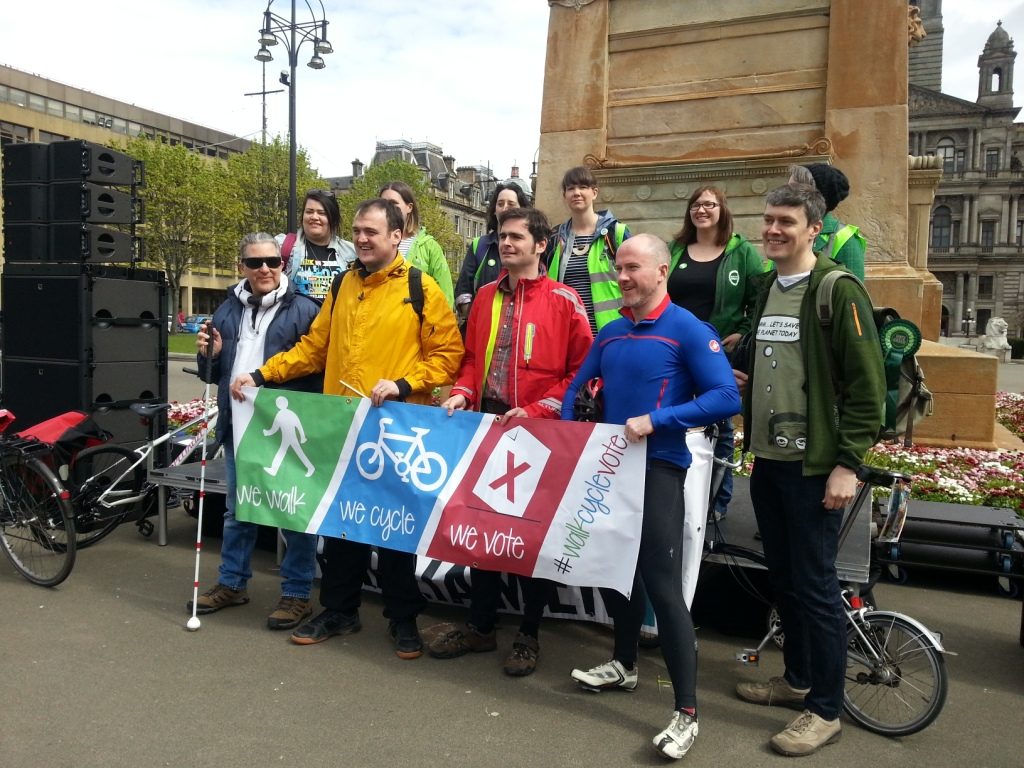 That doesn’t mean it’s not worth raising issues that affect you as someone who walks, cycles, and/or votes. Any candidate worth electing will listen to what is said on the doorstep and when they’re out canvassing, and now is the time when they will be listening hardest, so don’t let that opportunity slip! Whether your concerns around active travel revolve around the environment, health, the quality of the place where you live, the wider economy, or all of the above – if you don’t mention these to the politicians and volunteers campaigning for your vote, then they won’t know that it’s an issue.

Remember also that while your MP can’t directly affect issues like transport spending or street design in Scotland, they will be working with others in their party who can – your local councillors and MSPs will be out campaigning just as hard during this election for their own candidate. The concerns raised during the next few weeks will feed in to their understanding of local sentiment about a whole range of issues, not just the constitutional matters that will dominate the news cycle during the campaign.

So, while we’re not formally campaigning this time around, we do urge you to raise active travel issues, local or national, in person or online, now that we’ve got the nation’s politicians’ attention! And we would remind you to register to vote if you are eligible and haven’t already – it takes just 5 minutes online, and you have until the 26th November to do so.