We hope that eventually our campaigning efforts will radically change our streets so that this dilemma goes away completely. Until that happy day, one of our supporting organisations, Playing Out, has a radical solution that transforms our streets now – albeit temporarily – to give children the freedom some of us remember as kids to just ‘play out’, whether on two wheels or not.

By Daniella Radice of Playing Out.

Ok, so you’ve hauled your children around for the past few years, first in a seat and then graduating to an axle-challenging trailer.  They’re now just too heavy to cart around with your own steam but yet to master two wheels on their own. 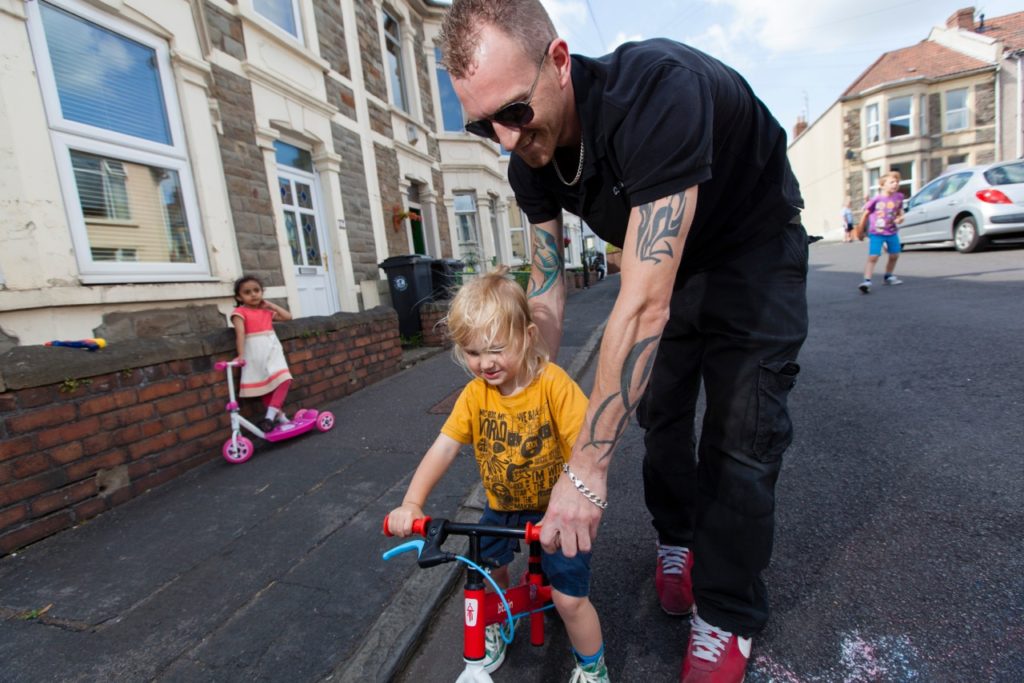 In your mind’s eye you can see family cycling trips at weekends, with the children happily racing along and enjoying the freedom of two wheels as much as you do. But where and when do they learn to ride safely?

Many kids learn to ride on the pavement, often with the stabilisers on. But pavements are usually narrow or cluttered with bins, making it hard to learn. Also, learner cyclists can disconcert younger toddlers, older people and other pedestrians. As they get bigger, they need more space to get the feel for a bike, and yet you don’t feel happy to let a wobbly five year old onto the road.

One option is to take the children and their bike to the local park or nearest flat car park at the weekend so they can master manoeuvring and balance in a safe space. This can mean the hassle of putting bikes into the car or attempting to carry a bike whilst safely ushering small child(ren) along the pavement and across busy roads. A recipe for meltdown (theirs and/or yours) if ever there was one.

But there is another way! Many streets around the UK are now regularly closing to traffic as a way of allowing children to play safely outside their own front door. When their street is closed to cars for up to three hours a week, children can simply get out their dusty bikes and ride. They have the freedom of a largely car-free space but experiencing the feel of a road. In a recent survey of parents involved in ‘playing out’ sessions, 80% reported that children have learnt to cycle or improved their skills and confidence as a result. This quote from Louis Schafer (aged 5), who has been ‘playing out’ on his street since he was two, says it best:

“Well I was playing outside on my bike and then I kept on falling off and then I gradually got my balance and I started to go faster but I kept on crashing into things at the end so I had to learn to make it controlled and slow down, and I learnt that and I started to learn other things and I started building ramps for it and stuff like that and bumps for it, and I went to the end of the cones and I went back down again and cycled up and down and I kept on doing that ‘til I found it really easy to do it, and that’s why I know how to do it now and now I do loads of other stuff !!”

Well, you can’t argue with that. 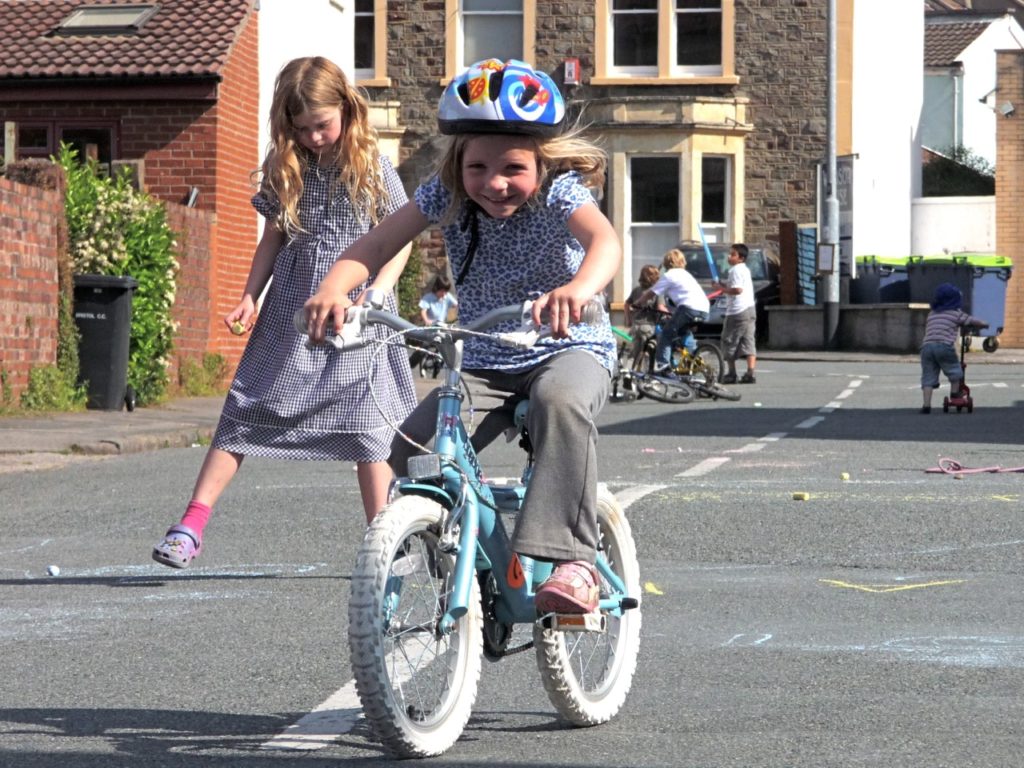 To find out how to open your own street for play, go to www.playingout.net or contact me directly: daniella@playingout.net Twitter: @PlayingOutCIC

A final PS: If you and your family do cycle – or scoot, or walk – to school, School Run Stories wants to hear from you what it’s like this week!